At long last: after various player portraits, today is the day of the one and only number one on my personal list: Mark Davis.

A fan of the Tempodrome and of shootouts

At this year’s German Masters, I finally managed to get hold of him. He had won round one 5–2 against Niu Zhuang, only to lose round two against Ryan Day in the deciding frame.

You have played on the TV table in the Tempodrome and as well as on table two to five. How do you feel about the set-up? (the lighting situation, the distractions …)
I haven’t played at the Tempodrome for around 3 years, so not sure how the set up was then. The lighting was a bit of a problem, as the TV table lighting was going over to the other tables. But apart from that, I think the set-up is great, it is one of my favourite venues on tour. The crowd are always very good, and I enjoy playing in front of them.

You had a good run in the Snooker Shootout recently. What do you think about the tournament?
The shootout is a very different event from what we normally play. But I think it is something the players enjoy, and I think to have an event like that once a year is no problem. I had a good run to the semi-finals this year and enjoyed the event with crowd getting involved, etc. Hopefully it will continue.

Mark Davis and his late victories

Mark Davis became a professional snooker player at age 19 in 1991. He won the Malta Masters, the Benson & Hedges Championship, and is a two times 6-Reds world champion. In 2016, he won the World Seniors Championship. For twenty years, he moved between the rankings of 30 and 70 in the order of merit. When he reached the top 16 for the first time in 2012, his 22nd year as as a professional, this was one of the best moments of his career. In 2017, there was another highlight: his first official maximum break, of which I wrote here (in German).

You reached your best ranking position in your 23rd year on the main tour. Can you tell us about the reasons for this (late) improvement?
Working with Terry Griffiths helped a lot. The work I do with him is part on table coaching, but I don’t do any big changes in my technique. I feel at this stage of my career I can’t be making massive technical changes. But he also helps with the mental side of the game. He gives me certain notes to look through, but I have to keep doing it to get the benefits. Practice on the mind is just as important as practice on the table, but not many players will practice it enough – including myself!

But the increase in number of tournaments to play in was a big factor, too. It is very hard to climb the rankings with only 6 or 7 events a year.

Snooker is always changing, be it the techniques, technological advances or tactics. Can you tell us how you have adapted to the changes in the game over the years?
I have pretty much tried to play the same game all my career. The only thing is that I have tried to be a bit more positive in my shot selection over the years because the game is so attacking these days.

What kind of player are you? Please tell us about your strengths and your weaknesses.
I think I am quite an attacking player, and when I am playing well, that’s how I like to play. Sometimes if I am not playing well, I can start taking too long on shots, which is not good for me. I just think I am not great at anything specific, but am ok at all parts of the game, but I try to improve the parts I need to improve.

Would you tell us what is important to you in a snooker match?
Winning – that’s all that matters to me. It’s nice to play well, but winning the match is all that really matters.

What does it mean to you being a snooker professional in your fourties?
This is my 27th year on tour, and that’s a long time. It can be difficult with all the time you are away from your family, at least it’s a bit harder for me than for younger players. But it is my living, it’s what I do to pay the bills, so I have to treat it as a proper job, and do as best as I can. Besides, I still like practising and still enjoy competing.

Compared to other professions, have you ever thought playing snooker felt a bit meaningless?
Plenty of times, especially when things are not going well.

Whose skills do you find most impressive lately and why?
For the new players it’s Yan Bingtao. For someone so young, his safety play and tactics are incredible. He will be top player for long time.

Which players do you most enjoy watching and why?
Ronnie, because he is the best player ever and plays in a way that’s great to watch. I also like watching Mark Williams, he plays differently than Ronnie but is also good to watch.

His colleagues call him “smiler”, presumably because they think he never actually smiles. At the table, this might be true. He says himself that he might appear quite serious there, but that is mainly due to concentration. His Facebook friends get an entirely different impression: all his photos there show a laughing Mark Davis, or even a smiling, if not laughing Davis couple, sometimes including his daughter and son. His wife Claire never seems to tire of documenting with selfies what her husband puts in these words: “My family is the most important thing for me. Snooker is always second to them.“ The very special specimen underneath was provided by Mark for this portrait. Looking at it, I cannot interpret the nickname “smiler” as ironic at all. 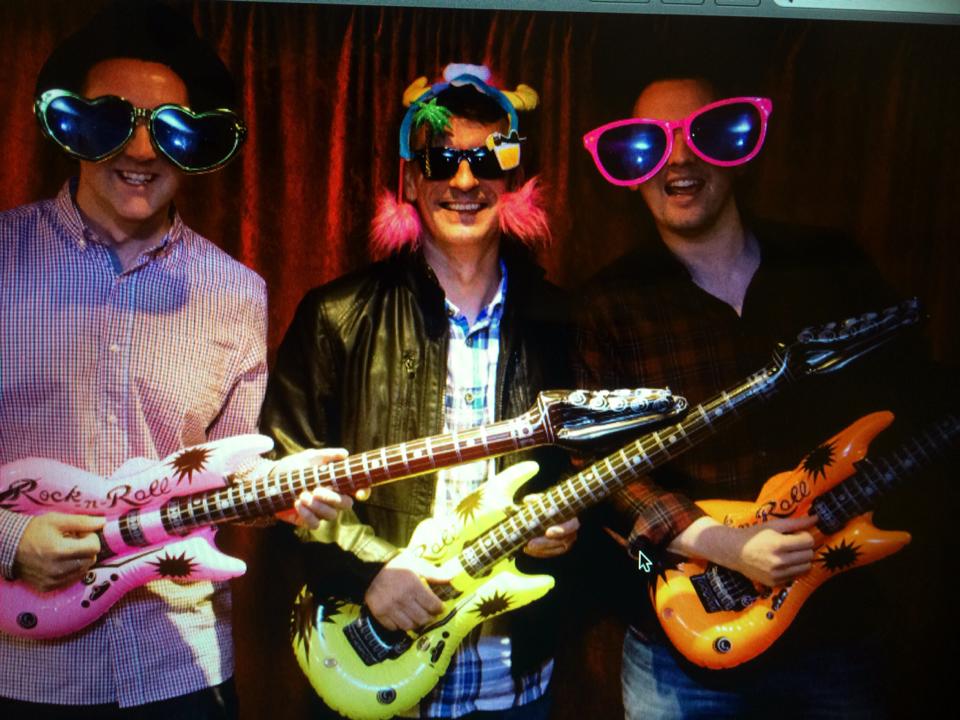 Would you consider yourself to be a generally happy person?
I think so yes.

What is your biggest wish for the near future?
Snooker-wise, to try and enjoy playing and to win a ranking event before I retire would be great, and something I would always remember. But I just try my best each time I play, so I have no regrets.

My heartfelt thanks to Mark for his patience in answering my questions. I wish him all the best for his future, and may his wish for a memorable moment come true soon.

You can find the German version of the portrait here here.